My Home in Sungai Buloh

Satisfying (the new) Needs of Urbanites 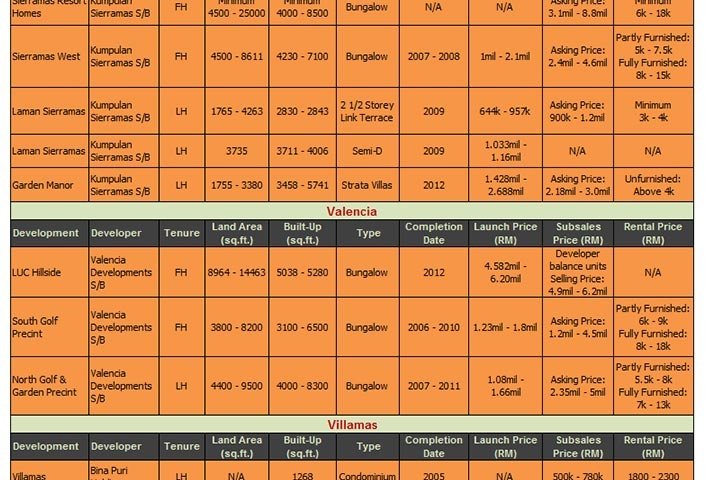 However, all that faded away through the years as the Leprosy Settlement and prison no longer operates. Traffic has also improved tremendously with only pockets of traffic congestion during rush hour before and after work. The improvement was due to the Government’s effort in upgrading the main road since 2006. The road was widened into three lanes with two elevated U-turns, overhead bridge and a flyover. Jalan Kuala Selangor, which is the main road in Sungai Buloh was also connected to the Middle-Ring Road 2 (MRR2). These together with the opening of the LDP (Lebuhraya Damansara-Puchong) in the 1990s eased congestion and created access to other parts of Petaling Jaya and Kuala Lumpur.

In the 1990s Tan & Tan Developments Berhad gave birth to the first gated and a guarded resort home in Malaysia and this first-of-its-kind concept was built right in Sungai Buloh. The development which garnered the prestigious FIABCI Award of Distinction in 2002 is Sierramas Resort Homes. Many other prestigious housing areas follow suit together with numerous schools, conveniences and amenities.

On the flip side to developments, Sungai Buloh is well known as a catchment area for plant enthusiasts with the largest concentration of plant nurseries in Malaysia. This has transformed the landscape into a natural green haven and attracted visitors with a “green thumb” from all over Malaysia.

The upcoming MRT (Mass Rapid Transit) station that will be built in Sungai Buloh will be a welcome convenience to the residents living in the area and also opens up the area to economic growth and opportunity. This new MRT line called Line 1 will start from Sungai Buloh all the way through Kuala Lumpur city centre and ends in Kajang. Together with the current KTM (Malaysian Railway) station, this would make Sungai Buloh a transit point.

Prices of high end properties have been slowly increasing as demand increases through the years. Below are current prices and rental rates of properties in and around Sierramas vicinity: 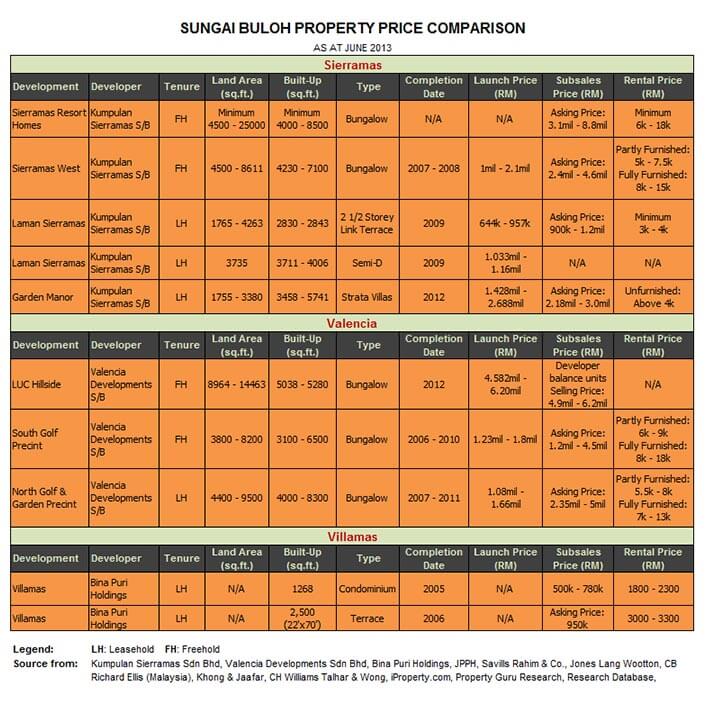