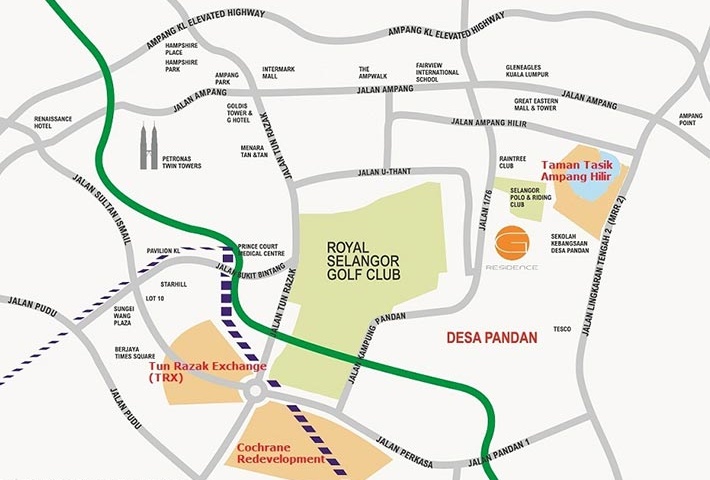 Desa Pandan is located within the geographical borders of the prestigious embassy precinct and within close proximity to KLCC’s Twin Towers, just shying away from the hustle and bustle of the central business district. Within the past year, there have been several announcements of upcoming developments surrounding the area, which will be highlighted in this article. 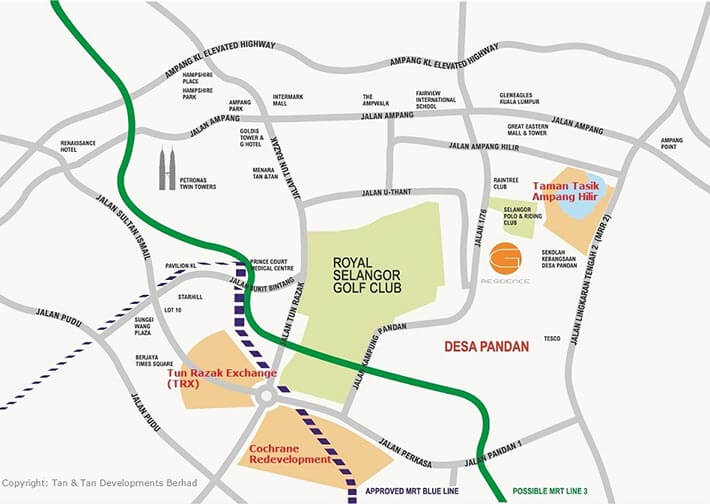 Desa Pandan, itself, is self-sustaining, with various amenities such as eateries, restaurants, clinics, sundry shops and banks conveniently available at almost every turn and stop. Not to mention, the train (Star LRT) and buses (Rapid KL) servicing the area. Contrary to preconception by some, that Desa Pandan is an old and congested township, feedback from those living in the area tells us otherwise. Video interviews will be published in Part 3 of this article.

Future developments, recently announced, highlighted the gregarious Tun Razak Exchange (TRX), the city’s new financial district, and the redevelopment of Jalan Cochrane. Furthermore, we have received news that there are pockets of redevelopment at Taman Tasik Ampang Hilir. These developments, in and around Desa Pandan, offers a hint to the opportunities and potential the area has to offer in the near future.

The Tun Razak Exchange (TRX) is targeted to become the city’s new financial district and leading global centre of international finance, trade and services. The buildings and infrastructure will conform to the highest level of sustainability and would encompass world-leading international designs and progressive planning tenets. The TRX project aims to attract 250 top global companies and create a total of 40,000 jobs. The New Straits Times, November 9, 2012 reports that, “The TRX is expected to create a positive spill over and impact to its surrounding areas of Bukit Bintang, Pudu and Kampung Pandan.”

Extracts of what was reported in the media when it was launched:

The Real Estate Magazine (Sept 2012) stated, “Real estate investors can look forward to an area with huge growth potential where property prices is expected to rise significantly and residential properties can soon become beyond the reach of many executives. However, the MRT project will link up the area making it highly accessible and investors can expect demand to increase in areas served by the MRT system.”

The Cochrane precinct is located just South-West of Desa Pandan, which is also next to the Royal Selangor Golf Club. The Edge Malaysia has this heading, “A new beginning beckons” on its cover page of City & Country’s March 14 2011 issue. The article quotes, “The redevelopment of government land in Jalan Cochrane and its surrounding will create another commercial hub, bringing vibrancy and higher values to an area that has not stirred much investor interest.” 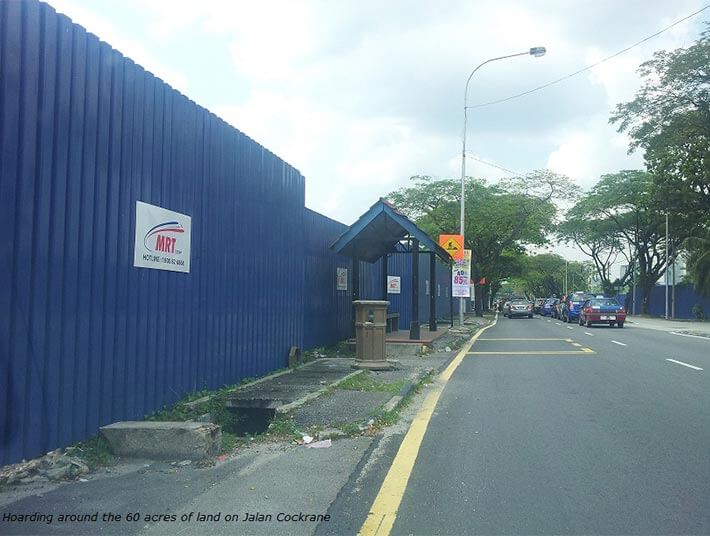 The old government quarters, consisting of 60 acres on Jalan Cochrane, has been earmarked for redevelopment. The land is divided into 2 parcels: a 36-acre tract near Kampung Pandan and 24 acres near Jalan Peel.

It was reported in The Edge Malaysia, March 14, 2012 that IKEA plans to have their second store here. IKEA’s new store will reportedly occupy 400,000 to 500,000 sq ft net floor area. In addition, IKEA’s franchise owner, Ikano Corp Sdn Bhd, may occupy another 12 to 15 acres for the development of an integrated shopping complex that includes apartments and hotels. This is to be located above the proposed underground MRT station on Jalan Shelly. As a result, IKEA’s store and Ikano Corp’s shopping complex at Cochrane will collectively span over 23 acres, occupying a much larger space as compared to Ikano’s 13.06 acre development in Mutiara Damansara. This precinct may expect a boost in popularity in the same way IKEA’s store and IKANO’s Power Centre helped enhance the appeal of Mutiara Damansara.

The Ministry of Health’s land parcel is located on Jalan Cochrane, next to the Malaysian Anti-Corruption Commission. The Edge Malaysia, 14 March 2012 reports that the redevelopment is believed to be an integrated health complex comprising a clinic, a day-care centre, an old folks’ home and hostels.

It is learnt in The Edge Malaysia 14 March 2012 that the site of Jusco Taman Maluri Shopping Centre, one of the oldest Jusco outlets in the country, will also be redeveloped after its lease expires within the next few years. It will involve the shopping complex site, adjacent open air car park and surrounding squatter homes.

Located just North-East of the up and coming G Residence development in Desa Pandan, along Jalan Ampang Hilir and MRR 2 is Taman Tasik Ampang Hilir. This area has recently seen some redevelopment of old terrace houses and Malay wooden houses located around the lake. Pockets of beautifully designed bungalows in mammoth proportions have sprouted along the lake elevating the vicinity with a feel of exclusivity and grandeur. A quick phone call of the number displayed at one of the bungalows allowed us to find out that the building built-up was 6000sq ft with a land area of 8000 sq ft. The asking price quoted to us was RM 5,000,000. 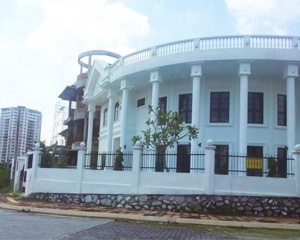 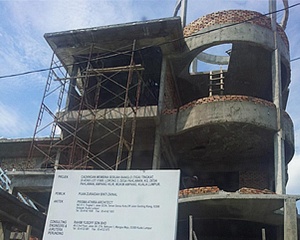 Part 2 of this article will focus on property information which will include selling prices and rental rates of properties in and around the neighbouring vicinity of Desa Pandan. Stay tuned!