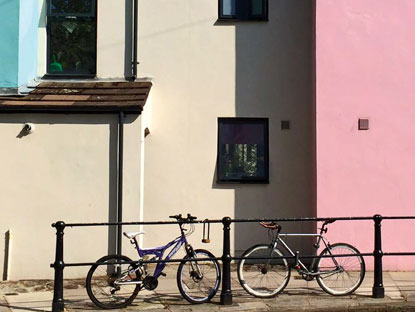 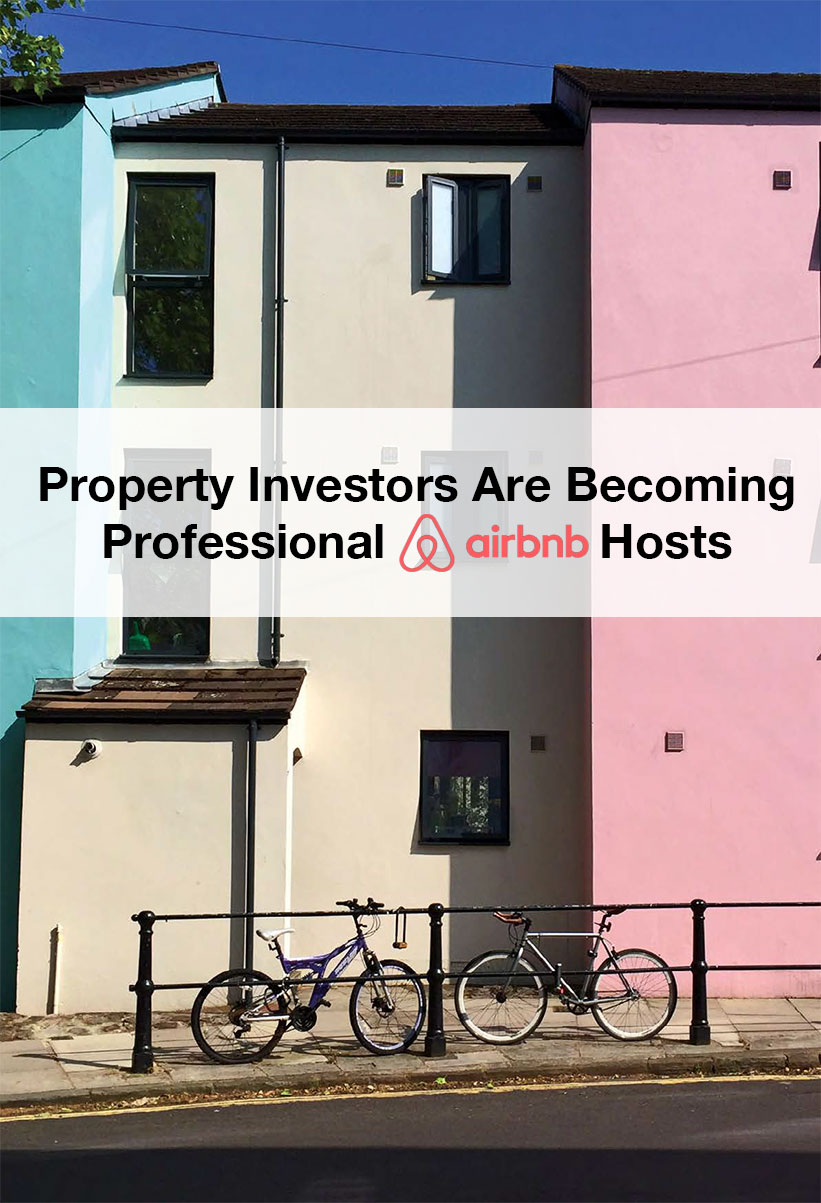 Evelyn wakes up in her Victorian flat in the neighbourhood of Leytonstone, in northeast London. She tries to be quiet as she unloads the dishwasher; a Swedish couple holidaying with their little boy are still sleeping in one of the larger rooms in the three bedroom abode.

The other solo traveller had left earlier in the morning, leaving the keys behind on the dining table;

Evelyn peeks into the vacant smaller room to check the state that it has been left in. She will have to ‘turn down’ the room later as she has to rush to the other side of London, to another property, to prepare it for a group of travellers arriving later that day and staying for a week.

Since leaving her fulltime marketing job two years ago, Evelyn has been making a living renting out her spare rooms and several other properties – all of which she owns – through Airbnb, the online platform that connects people looking to rent out a spare room or property with people who are looking for holiday accommodation. She joins the growing number of people around the world who are relying on holiday rentals as a source of income, and they are more than eking out a living.

More than 40 million globetrotters stayed in Airbnb rentals in 2015; contrary to what might be expected, 74% of Airbnb properties were located outside of downtown areas, away from commercial and business centres where hotels tend to congregate. Guests who opt to stay at an Airbnb rental appreciate a different kind of experience, one in which they can immerse in authentic culture and meet locals which they might otherwise would never have crossed
paths with.

Airbnb churned the data that it collected in 2015 and released a list of cities, out of 150 countries, which are surging in popularity amongst travellers; appearing in third place on the list is Malaysia’s own Brickfields, after Chuo-ku, Osaka and Banglampoo, Bangkok. Brickfields is Malaysia’s official Little India and a thriving residential neighbourhood outside of Kuala Lumpur city centre; it owes its reputation as a favoured tourist destination as much to the animated streets and shops, with wafts of curries and spices emanating from the Indian eateries, as its proximity to KL Sentral, the city’s central transportation hub.

Last December, Airbnb collaborated with the Multimedia Development Corporation, the International Trade and Industry Ministry and the Tourism and Culture Ministry to conduct a pilot project in Malacca, helping list 130 village homestays and giving them the visibility, which they could not have been able to achieve by themselves. Speaking to The Star in July, an Airbnb representative pronounced Malaysia as an “exciting growth market”. Presently, the large majority of Airbnb hosts in Malaysia rent out their spare rooms or their homes occasionally for some extra income; but the idea of using Airbnb to rent out their homes commercially, as Evelyn does, is catching on.

Even property developers and real estate agents, with their finger on the pulse of the property market, are noticing an emerging trend amongst investors: there are purchasers who buy with the sole intent of renting out through Airbnb, and investment buyers are less anxious about finding a tenant because they can find short-term renters in the interim.

A study by financial website, Smartasset.com, found that in some cities in the United States, hosts renting out the spare room in a two-bedroom apartment could cover more than half of their monthly rent, with only 60% to 86% average occupancy rate, depending on the city; in New York, where rental rates are notoriously high, a host could potentially earn more than half of the monthly rental; in Houston, a host could stand to cover the entire monthly rental with the Airbnb income, with some extra income leftover.

However, as with many online businesses that grow without the limits of geography and borders, they soon enough meet with pushback in the form of local governments and affected businesses, such as hotels. When speaking in a press conference late last year, Chairman of the Malaysia Budget Hotels Association (Johor), Lee Yean Fu, admitted that budget hotel operators are finding it hard to operate a viable business, with its biggest threats being
services like Airbnb and homestay programmes. According to Lee, oversupply of condominiums has resulted in the addition of thousands of holiday accommodation being offered to travellers, and the number keeps rising. In Penang, some landlords have already been slapped with fines of up to RM250 for providing homestay lodgings without a license. Other governments have chosen to adapt to the digital age, rather than hold on to existing laws. In popular global destinations – such as Paris, Milan, Amsterdam, some cities in the United States and recently the United Kingdom – laws that promote collaborative economy are already in effect. In London, one can now rent out one’s home for a maximum of 90 days per year, without applying or paying for a permit.

Airbnb had clearly disrupted the hotel industry but also inadvertently changed the property investment perspective. According to Cassendra Chong, Senior Marketing Manager of Tan & Tan Developments, the trend presents both opportunities as well as cause for caution. “When certain units in a development are converted into Airbnb rentals, there are genuine concerns about safety and comfort of the other residents. I’m also acutely aware of how it can
affect the brand of a development,” she said. “In more affluent neighbourhoods, such as Bangsar, residents are already up in arms about it, but it has yet to be addressed properly by the authorities.” 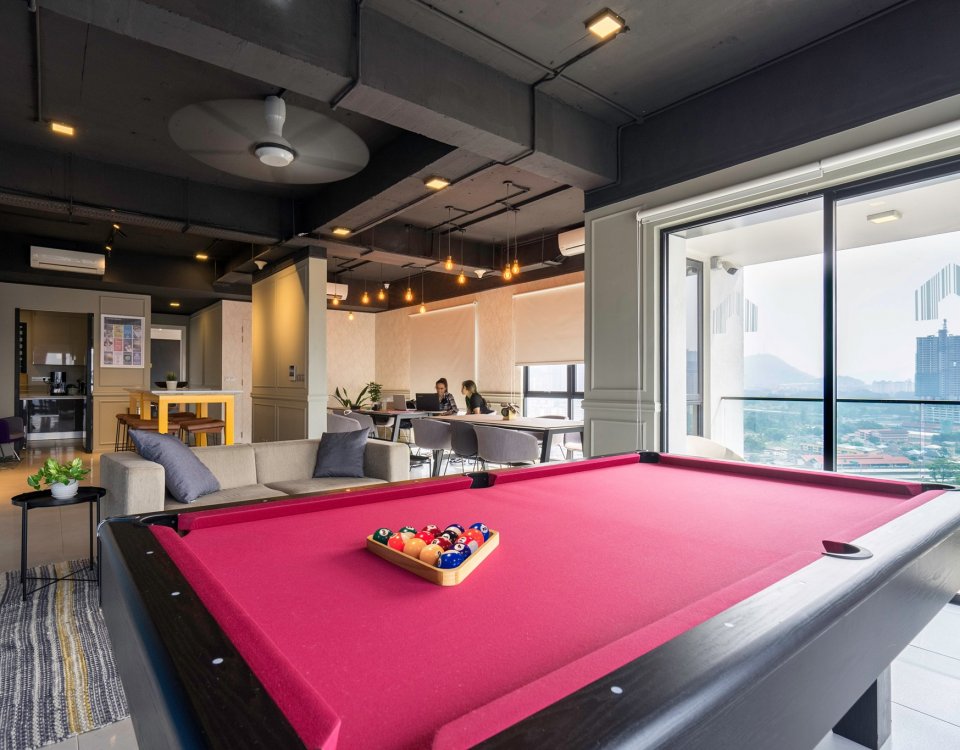 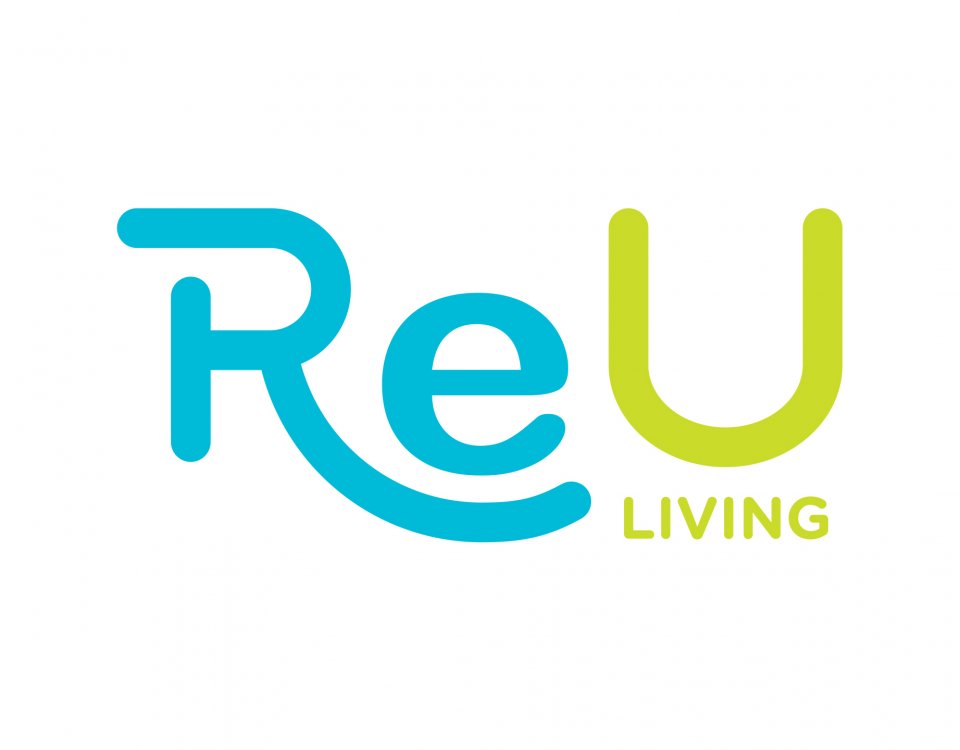